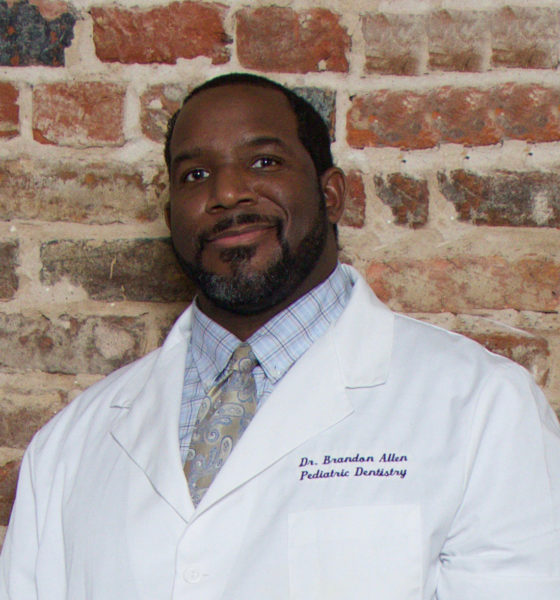 Dr. Brandon Allen is the second child of Leroy and Janette Allen. He was born and raised in Richmond, VA, with a brother, L. Wendell Allen, a local attorney. His family upbringing was strong in moral values, God, and education. He is a 25-year member of Cedar Street Baptist Church of God and a 25-year member of the usher’s ministry.

Dr. Allen’s educational journey continues to be rewarding and enjoyable. His initial schooling started with the East End Day Care Nursery, progressed to George Washington Carver Elementary, Ginter Park Elementary, Henderson Middle School, John F. Kennedy High School, and John Marshall High School. Dr. Beverly Braxton-Cleveland was his school principal throughout his elementary, middle and high school years. He had 13 years of perfect attendance in grades K-12, honors in academics and he excelled in sports and citizenship. While at Kennedy he lettered in football and played basketball.

Some highlights of Dr. Allen’s high school days include Academic Athlete of the Year, Captain of the Mighty Justices football team, All-District Lineman, All-Metro, Academic All-Region and Athletes for Jesus Player of the Week. He was also selected to represent the Commonwealth of Virginia during a Teen Grassroots Summit in Tokyo, Japan. Dr. Allen said he felt honored when the teenage princess selected him to sit next to her while dining.

In 1999, Dr. Allen received his Bachelor of Science degree in Biology from Hampton, University in Hampton, VA. He then entered Howard University College of Dentistry in Washington, D.C. where he received his Doctor of Dental Surgery degree in 2003. In 2004, Dr. Allen entered the Howard University Residency Program in Pediatric Dentistry. In his second year, he was appointed Chief Resident and taught undergraduates in the laboratory. He completed the program and received his Certificate in Pediatric Dentistry in 2006. After completing his residency, he accepted a position as the lead dentist at Kool Smiles Dental Clinic in Newport News, VA. He enjoyed the work and gained three years of valuable experience.

Dr. Allen has always been community oriented and believes in doing his share of volunteer work. He has volunteered in many capacities – as a scholastic tutor, an after-school camp counselor and coach and a counselor at a summer basketball camp.

Dr. Allen’s father, a retired dental lab technician at the Veterans Administration Hospital, spent many years in the Army Reserve with Dr. Adams. Their friendship was the catalyst that brought Dr. Adams and Dr. Allen together. Dr. Adams has known Dr. Allen all of his life and gave him his first check-up at 6 weeks of age. Dr. Adams was a constant encouragement offering teaching, training, summer jobs and continuous support to Dr. Allen. These were some of the factors that directed him into the field of dentistry.

Dr. Allen joined the Dentistry for Children staff in October 2009, completing his lifelong dream. He believes he is very blessed to be able to practice his chosen profession, pediatric dentistry, in the community he loves and where he grew up.

Dr. Allen is married to the love of his life, Shanail Allen. They dated while they were at Howard University College of Dentistry. Shanail completed her training and received her Doctor of Dental Surgery degree in 2006. They have two daughters, Brielle and Brynn. 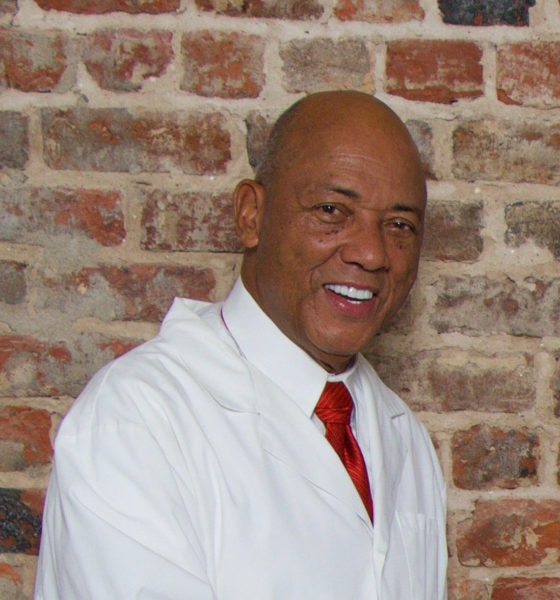 Dr. Randy Adams was born in Danville, VA, and is a product of the Danville School System. He graduated from John M. Langston High School and attended Hampton University in Hampton, VA, where he graduated with a degree in Chemistry in 1968. He then entered the Howard University College of Dentistry in Washington, D.C. He received his Doctor of Dental Surgery from Howard and was commissioned in the United States Army. While on active duty as a General Dental Officer, he was stationed at Walter Reed Hospital in Washington, D.C. In 1974, he moved to Richmond to work for RCAP’S Fulton Dental Clinic. The experience was so rewarding he decided to pursue a residency in Pediatric Dentistry at the Medical College of Virginia. After completing the program, Dr. Adams opened a dental office limited to dentistry for children and special needs patients in downtown Richmond. He has two daughters and five grandchildren. His hobbies include fishing and golf.

Every Child Deserves a Healthy Smile!

What our patients say

Dr. Adams is amazing. He’s been a staple in the community and goes above and beyond to take care is his patients. Dr. Allen is a wonderful addition and has the same enthusiasm with his patients.

I gave Richmond Dentistry for Children a 5-Star rating on Google.

I gave Richmond Dentistry for Children a 5-Star rating on Google.